Djibouti Télécom is a committed national player, a creator of social ties and an essential tool for the country’s economic development.

Djibouti Télécom is fully owned by the Djiboutian government via the Sovereign Wealth Fund of Djibouti (“FSD”). It is regulated by the Djibouti Multisectoral Regulatory Authority ( Autorité de Régulation Multisectorielle de Djibouti “ARMD”, created in 2020. The company is under the supervision of the Minister of Economy and Finance in charge of Industry and the Minister of Communication in charge of Posts and Telecommunications.

Djibouti Telecom has established itself as a regional hub and offers a wide portfolio of mobile (voice and data/IP) and fixed-line services, broadband internet (DSL, FTTH etc.), and international connectivity on its network, extending to Eastern and Southern Africa as well as the Middle East.

Djibouti Telecom benefits from a modern telecommunications infrastructure with access to eight submarine cables. The company takes advantage of its strategic position to connect Africa and the rest of the world with its high capacity cables.

Djibouti Telecom is the full owner of Djibouti’s telecommunication networks free of charge, as specified by law n°13/AN/98/4th and decree n°99-0178/PR/MCC defining its status.

The company has a solid financial performance, with revenues of more than 25 billion Djibouti francs in 2020 (up 15% on 2018) and high margins.

Numerous projects are under development, including mobile banking, which was launched in 2020, the deployment of FTTH, the establishment of new data centers for colocation and investment in new cables. 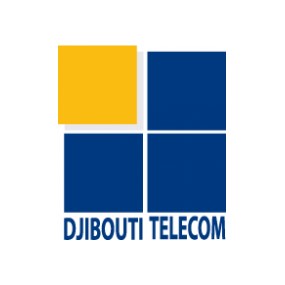